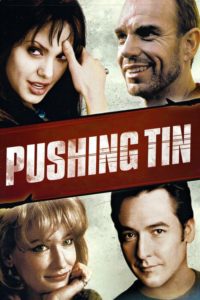 Two air traffic controllers who thrive on living dangerously compete to outdo each other on several levels.

Nick and the other boys (and Vicki Lewis) working the hotspot of air traffic control in New York are impressed with themselves, to say the least. They thrive on the no-room-for-error, fast-paced job and let it infect their lives. The undisputed king of pushing tin, "The Zone" Falzone, rules his workplace and his wedded life with the same short-attention span that gets planes where they need to be in the nick of time. That is, until Russell Bell, a new transfer with a reputation for recklessness but a record of pure perfection shatters the tensely-held status quo. The game of one-upmanship between the two flies so high as to lead Nick into Russell's bed with his wife. His sanity slipping just as fast as his hold on #1, Cusack's controller is thrown out-of-control when Thornton's wanderer quietly leaves town. Nick must now find a way to regain his sanity and repair his marriage before he breaks down completely. 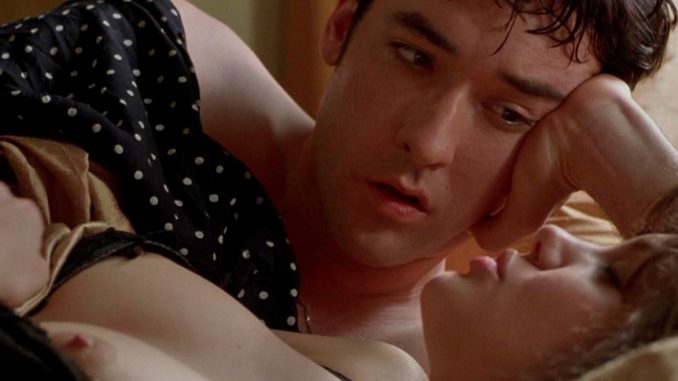 Before Russel Bell (Billy Bob Thornton) comes into the picture, Nick Falzone (John Cusack) is the undisputed king in the air traffic control in New York. Russel has a reputation for recklessness but his record is of pure perfection. This leads to a competition between each other not only in their work but also in other stuff (like who can hold on to a lighted matchstick longer). Russel (Billy Bob Thornton) is obviously the more alpha between the two, and so Nick often loses in their competition.

Russel brings his hot wife Mary (the gorgeous Angelina Jolie who is in her prime here) to a barbeque party hosted by one of his co-workers. The guys' jaws drop at the sight of her and even more so when they see her kiss her husband sensually in front of everybody. Nick tries to hit on Mary a few times but he makes a little impact on her at this point and she can't even remember his name right.

Nick comes across Mary in the grocery store. She is crying because of a dead plant. He invites her to dinner. She asks him if he's asking her out and he denies it of course. She finally agrees but says that she's paying for whatever she orders (our wife's anti-slut defense is still up at this point).

After some talking and laughing, Mary warms up to Nick in the restaurant. She does this seductive thing in front of Nick where she puts her finger in her mouth and moves it around, even lets her tongue touch it. She is not intentionally seducing Nick per se, but I guess at the very least it means she begins liking Nick and begins to be comfortable around him. It's sexy as fuck, even if she's doing it unintentionally, especially if you see it from the perspective that she is somebody's wife putting her finger in her mouth and licking it in front of her husband's colleague. 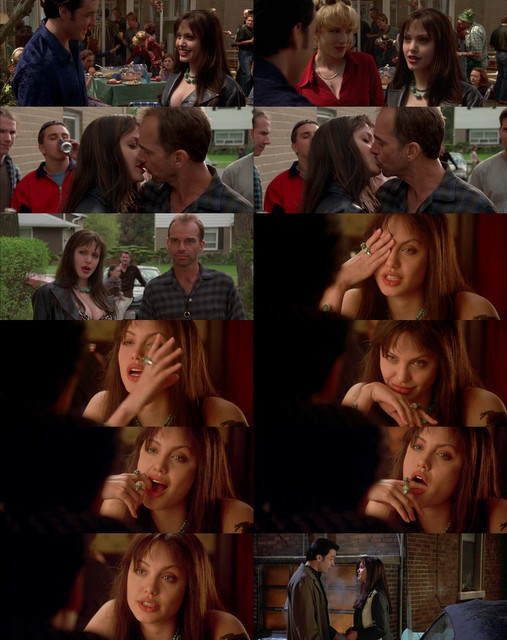 After their dinner, Nick offers to follow Mary home to make sure she's safe, especially if Mary's husband is not gonna be coming home tonight. Mary declines at first, but she changes her mind and lets Nick follow her. When they reach her home, Nick says goodnight. Mary doesn't respond but instead, she enters her home and leaves the door open. Nick gets the cue and follows Mary inside and has sex with her.

Unfortunately, we don't see their sex scene. We only see them lying on the bed after sex. But as a consolation, we do see Mary's, or Angelina Jolie's nipples out of her bra while she's lying on the bed. And what glorious tits they are! So pink, and looking so fresh. If you ask me, I bet it is Angelina Jolie's idea to bring her tits out when she learns that there's not gonna be a sex scene just to please us lecherous fans of her. She wants to make sure that we don't come out empty-handed after watching her movie. Thanks for that, Ms. Jolie!

After sex, Mary mutters "Sorry..." and covers her face like she's regretting what she's done already. When Nick asks if she's apologizing to him, she says no but to God (or more likely to her husband but she doesn't want to admit it to Nick). Mary also tells Nick that it is the first time that she cheated on her husband.

The two couples meet in the same restaurant

Nick brings his wife Connie (Cate Blanchett) to the same restaurant that he brought Mary earlier. He is surprised to see Mary and Russel there. Mary says hi to him, which I find sexy because she just fucked this guy a few nights ago but she's saying hi to him in front of her husband like nothing happened between them but there's that slight knowing smile on her face.

Anyway, the best part in this scene is of Mary doing sexy and seductive stuff to her husband. While Russel is talking, she looks intensely at him like she's going to eat him. Then, she sits facing her husband and kisses the side of his neck like there are no other people around them. And when Russel sings in front of the crowd, she wriggles in front of him, rubbing her body against his while she dances sexily. And let's not forget that she's doing all of that to her husband with the little secret that she just fucked a guy who is in the same room with them just a few nights ago. Goddamn, you bet it's hot.

Mary confesses to her husband that she fucked Nick

A few days later, Mary meets up with Nick and tells him that she told Russel about them when the couple had this moment of high level of honesty between them. Nick freaks out, because this is a guy that he goes to work with. Mary tells him that Russel is not mad. Nick then confronts Russel and tells him that if he wants to punch him, he won't punch back. Russel doesn't get violent with him, however, and just talks to him calmly. Nick is amazed at his reaction and is thankful, but Russel does mention something about Connie, Nick's own wife, and how attractive she is just like Mary. Uh oh, looks like Russel has plans of fucking Connie as revenge.

Russel fucks Connie (or maybe not)

I have to tell you in advance that we don't see Russel and Connie fuck or even make out. It is only in the dialogue that we know that they may have had an affair. I say may because Connie could just be lying to Nick about her and Russel sleeping together out of frustration due to Nick's confession that he cheated.

It is unfortunate that we don't see Connie actually cheating, because Cate Blanchett also looks hot in this movie and is also in her prime like Angelina Jolie. And also, she plays the homely wife, in contrast to Angelina Jolie's character which has her cleavage out most of the time, so I would really have loved to see her homely character do a revenge fuck. But even without a sex scene or makeout scene, I still find the interaction among Russel and Connie and Nick sexy.

Russel and Connie's flirtation begins with Russel offering to teach Connie how to speak French. Then Nick hears some of their conversations and begins to feel jealous and inquisitive. When he tells Connie that Russel thinks that she's attractive, I like the reaction of Connie, like she feels flattered but is trying to hide it from her husband, then asking how Russel exactly said it so that she's sure that he really means that he's attracted to her.

When Connie pushes Nick to admit that he cheated on her, she reacts really negatively and even a bit violently, but then later, she also admits to him that she also fucked Russel, that she started meeting him for French lessons a few weeks ago. She says that they fucked all over the house, went upside-down and sideways. Connie could just be lying in this part to have her fake revenge on her husband but I would like to think and sure hope that she isn't. If she is indeed telling the truth, then I like that the cheating slut gene is very alive inside her, you know, that gene characterized by a woman who gets mad when finding out that her husband cheated on her while she herself is doing the deed. So hypocritical, so slutty, so sexy.

Even if we are deprived of actual sex scenes, Angelina Jolie's makeout and seductive scenes with her husband, her scene with Nick in the restaurant where she puts her finger inside her mouth and plays with it, and her tit-exposure scene after she has sex with Nick are enough for this film to give me ample arousal. Their dialogs depicting their flirtations, jealousies, lies, etc, help too. Also, Connie and Russel's little flirtation scenes and Nick's jealousy scenes are also a plus, but it could have been better if Connie and Russel did a revenge fuck.