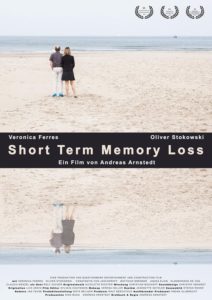 After an accident, the former boxer has lost his short-term memory. Now, nothing is the same anymore. Roland's world has no future, and the past only exists in his mind up until his accident. Although he seems perfectly normal to the outside observer, his condition has him and his family in thrall. Normal life is no longer possible for his wife Annett and son Constantin. Annett has to spend day and night looking after her husband. She's become a full-time caregiver, while no medical insurance will recognize his condition. Annett is in danger of losing the house. She can't work and no one will pay for Ronald's illness. Annett sets her hopes on attorney Lorenzo Stegmann, who's seen better days, too. A tender romance develops between this odd couple, which tears Annett apart inside. She loves her husband and doesn't want to shirk her responsibility. At the same time, she's at the end of her rope, having virtually given herself up as a living, breathing woman. For the first time in years,...

The wife and the attorney bang inside the car (at around 59:00) and they are caught by the husband.