St. George Shoots the Dragon (Serbian: Sveti Georgije ubiva aždahu) is a Serbian World War I drama. The movie starts with the Kingdom of Serbia battling the remaining Turkish occupiers during the First Balkan War in 1912 and ends with the outbreak of World War I in 1914. The movie's central theme is a love triangle between the village gendarme George, his wife Katarina and the young disabled war veteran Gavrilo who was previously engaged to Katarina before he went to war and lost his arm in battle. Even though Katarina in the meantime married George, she still has affection for Gavrilo. At the onset of World War I, all able-bodied men in the village are recruited for combat. Left in the village are only women, children and disabled veterans from previous Balkan Wars. Rumors start circulating that the invalids in the village are trying to take advantage of the situation by making their moves on the women in the village – the wives and sisters of the recruited men. Gavrilo lost his arm in battle so when he comes home, he rejects his girlfriend Katarina and breaks up with her because of self-pity, telling her to hang the flower wreath she brought to the train station to the older George instead, who also comes home from the war with him but with all his body parts intact. Katarina does that, and she also marries George after that even though she's not in love with him.

Two years later, Katarina is still married to George who becomes a gendarme (sort of a police officer) in their village. One day, she goes to a pasture to paint cows. Gavrilo approaches her from behind and they kiss. Based on how they kiss and their dialog, it seems like they have been having an affair for a while now. Later that night, the two have sex on a docked boat and two members of Gavrilo's smuggling crew can see them fucking.

George has always suspected that his wife and Gavrilo are having an affair and eventually confirms it as the movie goes along. Katarina gets pregnant and George knows that he isn't the father. There's more drama involving the three but you should watch the movie if you want them as I'm just here to report the cheating sex scene. 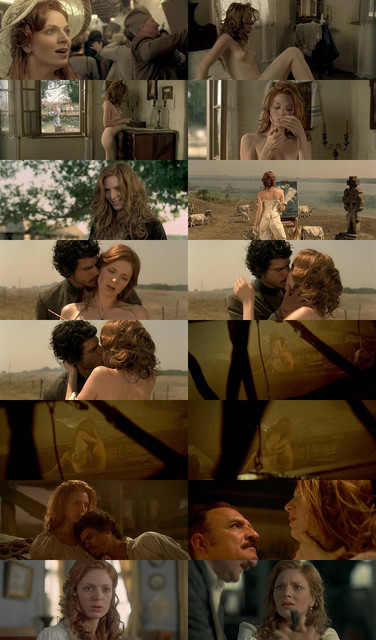