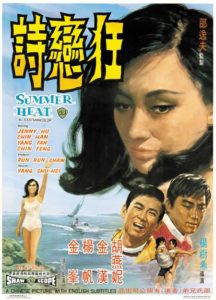 Two brothers lust after the same girl in the summer scene of 60's.

A gripping drama about a seductive woman with three men in her life: a rich husband ; a sexy playboy, and a sensitive intellectual. That two of her lovers are brothers further complicates the story.

This is a Hong Kong remake of the Japanese film Crazed Fruit (1956) from the same director.

The two brothers meet the wife. They don't know that she's married. The younger, nice-guy brother becomes her boyfriend and they make out on the beach.

The older, player-type brother discovers that the wife is married. He tells her that he won't tell his younger brother that she's married if she sleeps with him. He kisses her, she slaps him. He kisses her again and pushes her down on the ground and they have implied sex.

The older brother comes to to the wife's mansion and forces himself onto her on the bed that she shares with her husband. After their implied sex, he asks her if she loves him, she says she's not sure, so that means that she eventually gave in and liked the forced sex that he subjected her to. Her husband arrives so he has to go out of the window. She cries and utters the name of the younger brother while looking at him escape. Now, not only is she cheating on her husband but she's also cheating on her boyfriend too.

The older brother starts becoming obsessed with the wife and quarrels with his younger brother because of it (although he doesn't tell him that he has started an affair with her and has even beat him in fucking her first).

The wife makes out and has implied sex with the younger brother. She looks conflicted after their sex.

The older brother comes to the wife's mansion and forces himself onto her again. She initially refuses, but the change of her hands' action from pounding his back to embracing him while he is on top of her suggests that she begins liking it. Again, we don't see their actual fucking.

The older brother intercepts the wife's letter to the younger brother and finds out that they're going to go sailing. He comes to the meeting place and takes the resisting wife to the sea himself. Again, she reacts the same, resisting at first and then cuddles with him after their implied sex.

The younger brother searches for the two in the sea . He finds them and rams them with his speedboat. Ouch.

This should be remade with nudity and full-on sex scenes. 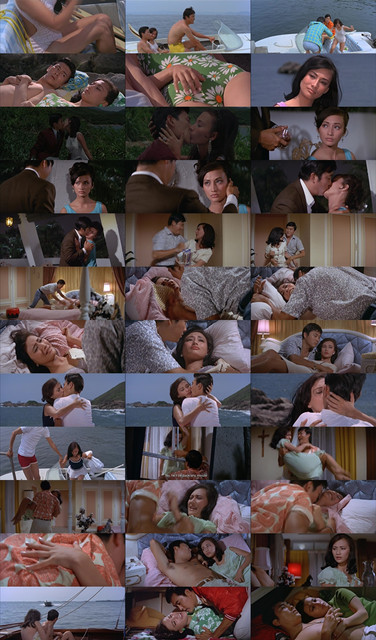