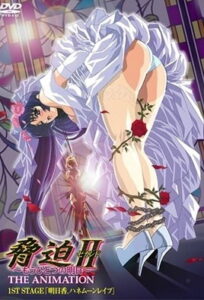 Asuka and Ryosuke have decided to get married before graduating high school. However, upon arriving at the hotel to plan their honeymoon, Asuka is suddenly kidnapped by a group of strange men. Brought to a secluded parking lot while unconscious, she is repeatedly violated. Her kidnappers reveal themselves to be members of a sexual slavery ring that abducts young women to star in sadistic pornographic films. And when her mother and little sister soon suffer the same fate, Asuka realizes she might not have been a random target after all.

In episode 3, Asuka's husband watches her get fucked and gangbanged in the middle of a crowd at a casino. He gets an erection.