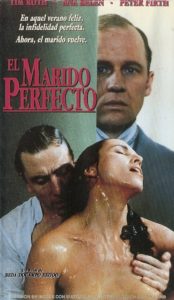 Dostoevsky-inspired drama set in 1900s Prague about a bored arrogant playboy who spends time seducing other men's wives and dueling. He begins an affair with his friend's wife, but falls in love with her. She becomes pregnant. Is it his? 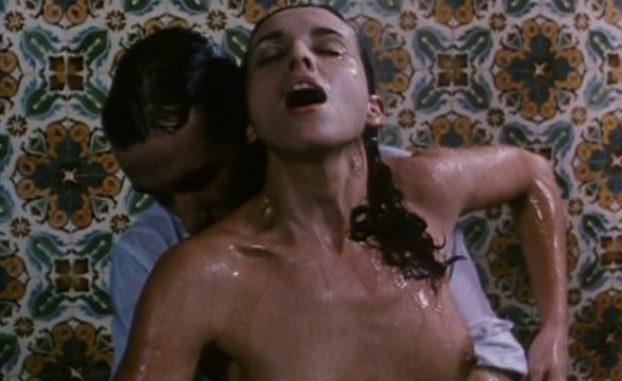 Milan checks in at a hotel/spa and meets the manager, Franz, as well as his wife, Teresa (on separate occasions, Milan doesn't know that Teresa is Franz's wife at first). This will be the start of friendship between Milan and Franz. Also, the playboy Milan immediately starts hitting on Teresa. During a ballroom dance, Milan tries to woo Teresa but she rejects and slaps him. Our wife still has her defense way up at this point.

Teresa goes to play on a roulette table. Milan follows and joins her, betting on red, the color of her dress. He loses a few times. When Teresa leaves and goes to a room, Milan finally wins and follows her to the room. He sits beside her, puts his arm around her shoulders and presses the thick wad of money that he won against her breasts. A couple of ladies are looking at them. Teresa doesnt' really resist this time even if what Milan did was clearly sexual. Her anti-slut defense goes softer when Milan demonstrates to her his 'love' by putting his hand on top of a burning candle and resisting the pain. Milan removes his arm around her when she warns him that her husband is coming.

Franz invites Milan to go on a hunting with him and his wife. At one point during the hunt, Milan and Teresa get alone in the carriage. Milan tells Teresa that he loves her and woos her with words. It works and Teresa leans forward and kisses him. They kiss for a few seconds and then Teresa pulls away and gets up to meet her incoming husband.

They come back to the hotel/spa and go to the pool area. Before the couple jumps in the pool, Milan tries to touch Teresa in the butt when Franz is not looking.

A few days later, Milan enters the couple's room. Teresa is alone and is in her sexy semi-transparent robe that shows her nice body and boobs. She is about to take a bath. Milan approaches her from behind and caresses her breasts and pussy. They make out while standing and then go to the bed to have sex. Meanwhile, we see Franz arriving at the hotel and coming up to their room, but we don't see him actually entering the room as the scene cuts off to him singing in the hallway, on top of the stairs.

On another day, Milan enters the couple's room again and finds Teresa taking a mud bath in the tub. He puts his hand into the mud and seems to finger Teresa, making her moan with pleasure.

(Spoiler) At the end of the movie, we see a flashback of Franz catching Milan fucking his wife in the shower. He didn't let his presence known and just left the room. All these years he had known about their affair but didn't tell them about it. When Teresa died, he hatched an ultimate revenge against Milan in which he utilized Teresa's daughter which is actually Milan's and not his.

There's also a scene in the early part of the movie where Milan kisses the wife of some guy at a party. The husband sees them and challenges him to a duel.

More Info for The Perfect Husband (1993)