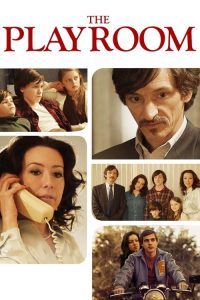 Four children in their attic hideaway make up a fantastic story, while downstairs their parents weave a drunken intrigue of their own.

In 1970s suburbia, Maggie, who has just lost her virginity that day and her younger siblings, Christian, Janie and Sam spend the night telling each other stories in the attic. When their parents return home, it soon becomes apparent that the family dynamics are frayed, with the housewife mother Donna, clearly a heavy drinker and a lawyer father Martin, affectionate but distracted. Still, everything seems normal. It isn't until the arrival of another couple, Clark and Nadia for a night of cards and drinks that things begin to unravel. 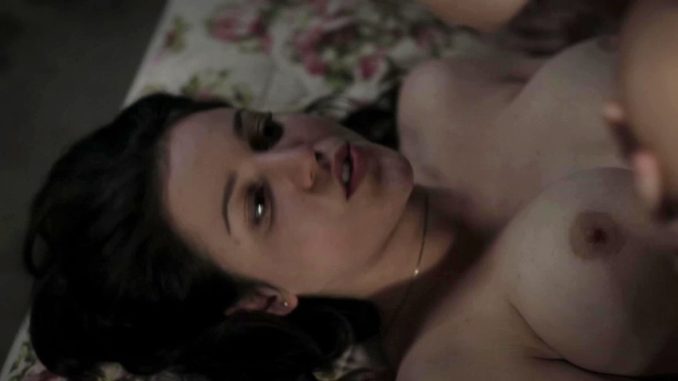 Couple Donna and Martin welcome the other couple Clark and Nadia to their home for a night of cards and drinks. At 35:10, Maggie sees her mom Donna kissing Clark inside their house while she is smoking in the pool area. At the same time they're kissing, her father Martin peeks through a window in another part of the house and talks to her. She doesn't tell him that his wife is trading saliva with another guy at that very moment.

As the night goes on, Donna gets drunker and loses her inhibition more, so she doesn't care anymore if she's very touchy towards Clark in front of their spouses. At 56:02, she spreads her legs wide in front of Clark as a response to his lewd joke. That is enough for Nadia to guess that they're having an affair. When she asks Martin if he knows.. he nods.

At 1:06:35, Donna kisses Clark in front of their spouses as a response to her husband's statement that she cannot just do whatever she pleases.

Martin also finds out that night that Donna is pregnant and he isn't the father.

At the end part of the film, the children open the door to two bedrooms and see that the two couples have exchanged partners in bed, but we don't see any sexual action, only the exchanged couples sleeping under the sheets.

Sex and nudity are provided by Maggie near the beginning of the film, when she has sex with her boyfriend in the garage. 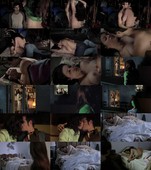 Dubbed in a different language.