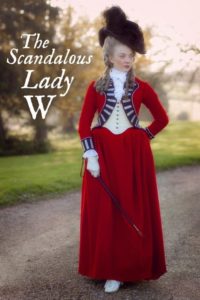 In 1781 wealthy heiress Seymour, Lady Worsley, causes outrage when she cuckolds her husband, respectable MP Sir Richard Worsley, and runs away with her lover Captain George Bisset. Furious, Sir Richard responds by suing Bisset for ‘criminal conversation’ and demanding a record £20,000 for the damage done to his property-Lady Worsley. While Seymour and Bisset hide out in a London hotel, Sir Richard and his lawyers set about proving his wife’s infidelity through a series of devious schemes. When the case comes to court, Sir Richard lies about his relationship with Seymour, painting a perfect picture of their marriage and persuading others to do the same. Bisset looks sure to be facing penury and prison, until Seymour devises a bold plan. To save her lover from ruin she discloses a shocking secret–one that astounds the court, puts her reputation in jeopardy and turns the trial into the greatest sex scandal of the eighteenth century.