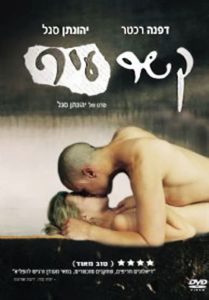 An estranged couple receives an unexpected visitor who throws everything in their family off balance.

The movie focuses on a modern couple, Eva (Dafna Rechtner) and Robby (Scharonn Alexander) and their rocky relationship. Robby is an accountant and a hypochondriac, Eva works in a shop specializing in erotic toys for women, and they have an eight-year-old son named Jonah. The routine of daily life is disrupted by the sudden appearance of the 'catalyzing stranger,' the charming and slightly alcoholic Emanuel (director Jonathan Sagall himself), who was Eva's childhood sweetheart and also an old buddy of Robby. Emanuel's influence is felt strongly by all members of the household, including little Jonah, whom he teaches to be tough on the street. But the most drastic change is in Eva, whose sexual feelings are rekindled. After the drunken intrusion of Emanuel into her bed one night, Eva lands in an anonymous sex club. Robby's reaction is to plunge into a crazy affair with a woman named Nelly, who regularly places ads in the lonely hearts columns of newspapers and is somewhat involved with an aging theatre director. In the meantime, the audience is supposed to wonder, who is the real father of Jonah, Robby, or Emanuel?