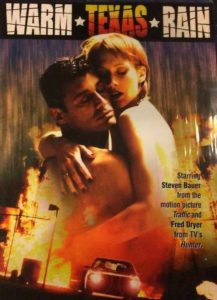 A married ex-Marine gets seduced by the same mysterious woman because of whom he ended up in prison some years ago. Is she the true love of his life, or the biggest mistake he's ever made?

Guy saves chick from being raped, kills the rapist and gets jailed. A couple of years later, the chick, now married, returns the favor by recommending him to her husband for work. He takes the job, and eventually, he and the chick fuck. With a plot twist in the end.