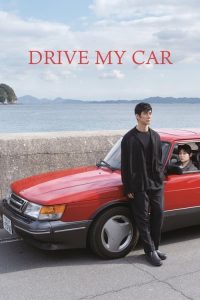 Yusuke Kafuku, a stage actor and director, still unable, after two years, to cope with the loss of his beloved wife, accepts to direct Uncle Vanya at a theater festival in Hiroshima. There he meets Misaki, an introverted young woman, appointed to drive his car. In between rides, secrets from the past and heartfelt confessions will be unveiled.

Yusuke Kafuku (played by Hidetoshi Nishijima) is a stage actor and director married to playwright and TV series writer Oto (Reika Kirishima). Their long relationship is bound by their love for each other despite the loss of a child many years earlier. Oh yes, there is one thing. Oto's creative juices flow best during and after sex. The intimate moments are filled with story ideas that she bounces off her partner. These conversations may continue over meals or during a car ride, but they always begin during the throes of passion.

Husband Kafuku has come to accept these terms, and beyond that, he's learned that Oto's infidelities are a continuation of her creative process. Because of this, he says nothing when walking in at a most inopportune time - Oto is 'creating' while in the arms of rising star Koji Takatsuki (Masaki Okada). Kafuku elects to remain silent on the issue and allow Oto to have her way. Just when it seems the married couple might address the unspoken, an unexpected tragedy strikes. Each scene to this point has been meticulously crafted and acted. We know these people and feel the connections.

Flash forward two years, and Kafuku has been contracted by a Hiroshima theater group to direct a production of the 'Vanya' play for which he's well known for his acting. He chooses not to cast himself due to the stress the role puts on him ... one that forces the actor to face 'the real you' and the missed opportunities in life. Instead he puts together a multi-cultural, multi-language cast, including one actor who speaks only Korean sign language. And yes, the actor he chooses to play his Vanya role is Koji, the same actor he previously witnessed with his wife.

Koji has been a lost soul the past couple of years, and he claims it's Oto who brought him and Kafuku together. A key element here is that Kafuku's contract with the theater group requires him to accept Misaki (Toko Miura) as the chauffeur of his beloved, always spotless red Saab. During the hour-long drives, Kafuku recites his familiar lines of dialogue in conjunction with a recorded tape of Oto reading opposite. It's his way of keeping her close, yet this also assists with the warming of the relationship between him and his driver Misaki. Both are stoic individuals who keep their emotions hidden under a mask of self-control. It's fascinating to see the bond slowly develop. 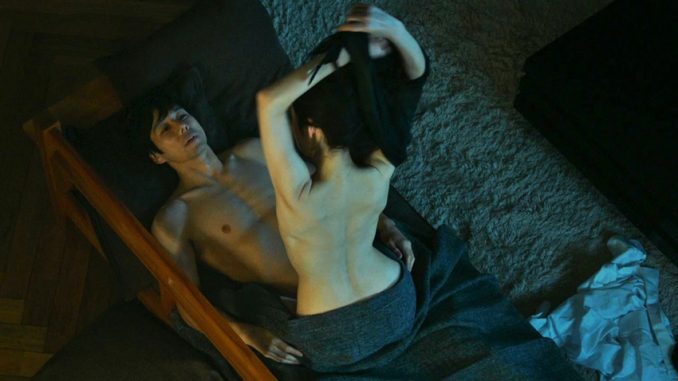 The husband's flight gets canceled so he returns home. He finds his wife, a TV series writer, fucking a young actor whom she introduced to him earlier (15:30). They are on the couch and she is on top of him. He doesn't confront them and just leaves silently, because this is part of his wife's creative process: her creative juices flow best during and after sex. 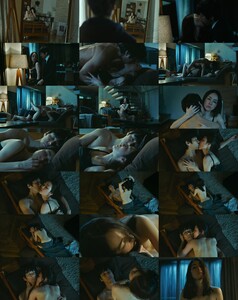