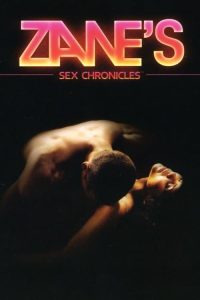 A groups of women in modern America going through life and the intense challenges that are part of every relationship. Despite being from different backgrounds

The urban adult series was renewed for a second season, which premiered on March 5, 2010.

Ana Marie (black chick), a stand-up comedian, keeps cheating on her rapper boyfriend with her ex-boyfriend. She even continues cheating on him after he already caught them in the act.

Eboni (white chick) cheats on her boyfriend, a celibate who wants to wait until their wedding for sex, with two guys. The first one is her neighbor and former fuck buddy, Clay. The second is a bank officer whom she fucks so that he can approve her business loan.

Dr. Lyric (black chick), married, goes to a hotel with a persistent colleague, Dr. John and makes out with him, but she changes her mind and doesn't fuck him.

Maricruz (white chick) fucks her ex-husband when she has currently a black boyfriend.

These are stories told by Zane in her chronicles. The stories with cheating wives/ swinging wives are:

Season 1 Episode 11: An Asian chick who has a partner (not sure if husband or boyfriend), watches the guy across her building fuck his women. Eventually, she comes up to the guy's place and fucks him too.

Season 2 Episode 4: When Tisha's (black chick) husband suggests a wife swap with their friends Giselle (Asian chick) and her husband, she knows that it's because he wants to fuck Giselle. She still agrees and she has romantic sex with Giselle's husband while her own husband has fuck-your-brains-out sex with Giselle. In the end, she leaves her husband for Giselle's husband.

Season 2 Episode 10: The year is 1939 or so. The fiancee (black chick) fucks her fiance's brother in the garage. Her fiance comes into the garage after they are done fucking.

Cheating Scenes in Each Episodes

19:08 Ana Marie is visited by her ex Winston at her place. She makes out with him outside her door for a bit before pushing him away and telling him that they're over. She comes back inside to her boyfriend, who asks what she was doing outside.

21:47 Eboni makes out with her new boyfriend on the couch but he doesn't wanna fuck her because he is practicing celibacy. When he leaves, Eboni fucks Clay, a neighbor and someone she fucked before.

22:30 Ana Marie tries to have phone sex with Winston (or maybe some other dude) because her boyfriend is busy watching the game on TV. The line is cut off, her boyfriend comes into the kitchen and they fuck on the sink.

20:42 Eboni fucks a bank officer so that he will approve her business loan.

Ana Marie fucks Winston at her place near the start of the episode. Her boyfriend comes home and catches them in the act.

04:50 Dr . Lyric is visited by Dr. John in her office. He starts kissing her on the medical chair. She kisses back for a bit and then comes to her senses and pushes him away.

08:50 Dr. Lyric gives in and meets Dr. John in a hotel room. They start making out, with her in sexy black lingerie, and him already fully naked. But the scene cuts off, and a dialog between the two later will tell us that Lyric changed her mind and didn't fuck him. Boo.

26:30 Ana Marie fucks her ex Winston again, after getting jealous of a female rapper who is collaborating with her boyfriend. They do it in the hallway at his place. She moans hard as he fucks her against the wall.

18:10 Ana Marie's boyfriend fucks the female rapper. A braid-haired rapper, who earlier hit on Ana Marie, sees and records them. He will show the video to Ana Marie later.

26:53 Ana Marie's two female friends walk in on her fucking Winston at her place.

04:50 Ana Marie lies beside the braid-haired rapper in her bed. They're not nude and they don't seem to fuck, though, not even an implied sex.

21:23 Maricruz fucks her husband. She is currently in a relationship with Dr. John at this point.

01:08 Continuation of Maricruz' sex with her husband.