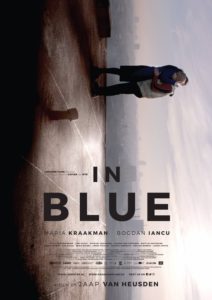 A sturdy flight attendant has to deliver a child in mid-air and gets involved in a confusing mother/lover relationship with a boy who's living under the streets of Bucharest.

9:00 The flight attendant, who seems to be in a relationship with a guy named Thomas, has sex with a guy she meets in a bar. It's a dark, short, and non-nude sex scene.

1:15:06 The boy tries to have sex with the flight attendant, forces himself onto her, but she rejects him.