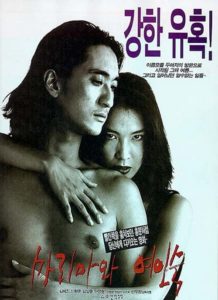 When alcoholic Myeong-ja, with daughter in tow, appears at the inn of introverted Ki-wook and his simple-minded brother Tae-soo, she brings the destruction of their lifestyles in her wake. 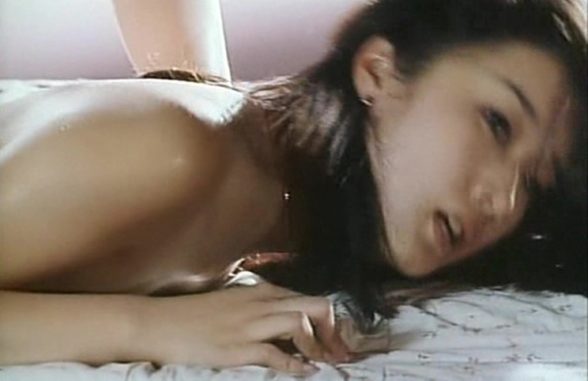 Myeong-ja, whose husband left her, comes to the inn owned by the introverted Ki-wook and his simple-minded brother. She brings along her daughter Maria. She has no money for the rent so she helps in the kitchen and restaurant chores as her payment.

Ki-wook's brother gets fond of Maria and becomes attracted to Myeong-ja. He and Ki-wook fight because Ki-wook thinks that the mother and daughter are freeloaders.

Myeong-ja kisses Ki-wook by force to try to win him over and also maybe she really likes him. After a few seconds, he pulls away from her.

Ki-wook asks Myeong-ja to marry his brother. Myeong-ja says sure, if that's what he wants, but she tells him that she wants to sleep with him that night first. Then, she kisses him. He initially resists at first but begins responding to her kisses. After some heavy petting, he pushes her away due to brief flashbacks of an event in his past (related to his cheating mom) and runs away screaming.

Ki-wook sees Myeong-ja enter the outdoor shower. He looks lustfully at the outdoor shower even though he can't see her inside (thankfully, we do, as shots of Myeong-ha taking a shower are shown to us). When she comes out, she notices him looking at her.

There's this guest at the inn named Tae-soo who is the obnoxious type. One night, Ki-wook thinks that Myeong-ja has entered the outdoor shower while Tae-soo is still inside. While he is approaching the shower, he recalls memories of his cheating mom getting caught in the act by his dad. At the same time, images of Myeong-ja having sex with the guest in the shower also play in his mind. When he opens the shower door, only the naked Myeong-ja is inside.

Ki-wook has sex with his sister-in-law

Myeong-ja enters Ki-wook's room. She tells him that she married his brother because of him. That she can't stand it if he will leave as he told her earlier that day. She kisses him, and then she fucks him on the floor. Her husband sees them through the window. He gets a pickaxe to hack them but he couldn't do it. He gets his revenge the next day.

Maria cheats on her boyfriend

Fast forward to 10 years, Maria (Myeong-ja's daughter) is all grown up. She cheats on her boyfriend when she meets Ki-wook's brother (whom she calls uncle) after he was gone for a while by kissing him on the lips like a lover.