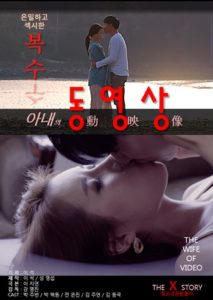 Her husband is having an affair with his flirty secretary. He hides the affair from her, but his secretary takes videos of their trysts and shows it to her. The revelation frustrates her and she even tries to commit suicide. But she meets a man who comforts her. She ends up having an affair with him. She streams their sex video live to her husband's phone as revenge for his unfaithfulness.