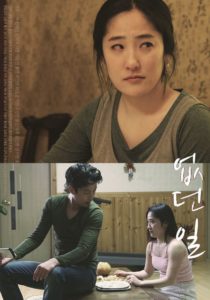 Min-joon owns a Chinese restaurant in the countryside and is doing well in life when his former lover, Crystal, reappears one day. Their love for each other is reignited and so they start living together in one roof along with Min-joon's two younger brothers, Mingyu and Dongyu.

Mingyu, the second eldest, is worried that Crystal is after his older brother's money. One day, he comes home to find Crystal sleeping in her bed. He likes what he sees and starts making love to her. Crystal, with her eyes closed, also makes love to him, thinking that he is Min-joon. When she opens her eye and finds out that it is Mingyu, she resists but it is already too late.

Dongyu, the youngest of the brothers, witnesses what happened between Mingyu and Crystal. When Min-joon arrives, he does not tell him what the two did. Neither does Crystal.

Dongyu, who initially saw her mother in Crystal, has his illusions shattered because he really assumes that Crystal made love to Mingyu by her own will. He no longer sees Crystal as a mother and starts to develop a sexual desire for her. Eventually, he uses what he knows to blackmail Crystal into sleeping with him. They meet in a motel room and have sex. What will happen to the relationship of the brothers and the woman amidst them?

Original / Other Title:  없던 일, What Did Not Happen