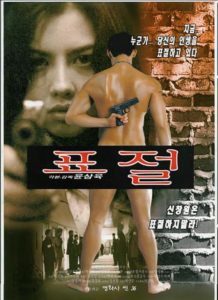 Prison inmate Kang Yoo Jin kills a guard on patrol and escapes from prison. The police declare a state-of-emergency and set off on a desperate pursuit of Kang who steals into the city to find middleman, Ma Do Hyup. Wounded in the course of escaping, Kang eventually breaks into Ma's apartment, only to find new owners enjoying their happy marriage. The seemingly sweet home is torn apart as soon as the intruder invades their private world. In the encapsulated interior space, the three sense a change in their relationships. Raped by Kang, the wife is gradually attracted to him while the husband is becoming more isolated. As time passes, the husband begins to suspect her of infidelity with Kang and writes a scenario for a perfect crime to kill the two lovers, which is plagiarized by his wife.