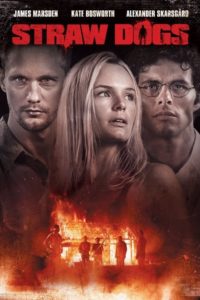 Everyone Has A Breaking Point

Screenwriter David Sumner travels with his wife Amy in his Jaguar to her homeland Blackwater, in Mississippi. Amy's father has passed away and David intends to write his screenplay about Stalingrad in the house. David hires the contractor Charlie and his team to repair the roof of the Barn. Amy was Charlie's sweetheart when she lived there and neither he nor his crew shows respect to her now. Charlie invites David to hunt deer with his group and him; but they leave David alone in the woods and rape Amy. She does not tell David what happened. When the drunken coach Tom Heddon calls Charlie and his friends to hunt down the slow Jeremy Niles, who likes his daughter, David decides to protect not only Jeremy but also Amy and his honor. 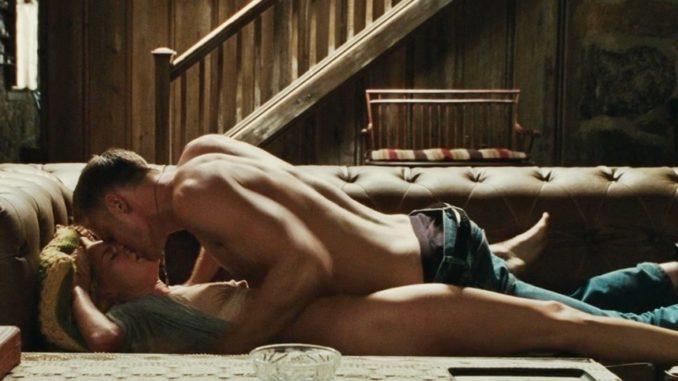 This is a remake of Straw Dogs (1971). The wife's ex comes to her house and forces himself onto her sexually while her husband is out hunting with the ex's friends. After he's done, his friend joins in and rapes her. There are some differences from the original. The wife, played by pretty Kate Bosworth, isn't really kissing her ex back and so her sexual encounter with him is more rapey than the original. There's only a short moment at the end of their fucking where we see that she somehow gets to like it, but mostly, the whole thing's rapey. Also, the wife doesn't show her boobs like in the original but her panties are off though, so we do see her lower body naked from the side.