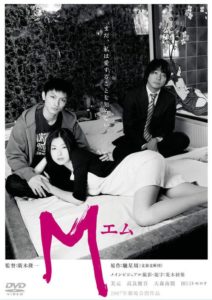 Mixed up by desire, love and hatred, a disturbed young man begins tailing and eventually tries to save his neighbor, a housewife who has turned to prostitution despite her comfortable lifestyle.

Satoko is a housewife who becomes a prostitute and gets involved with a yakuza pimp. Her reason for doing so has something to do with her psychological well-being which is heavily affected by her past. She meets Minoru, a young guy who also has a troubled past and relates with him. 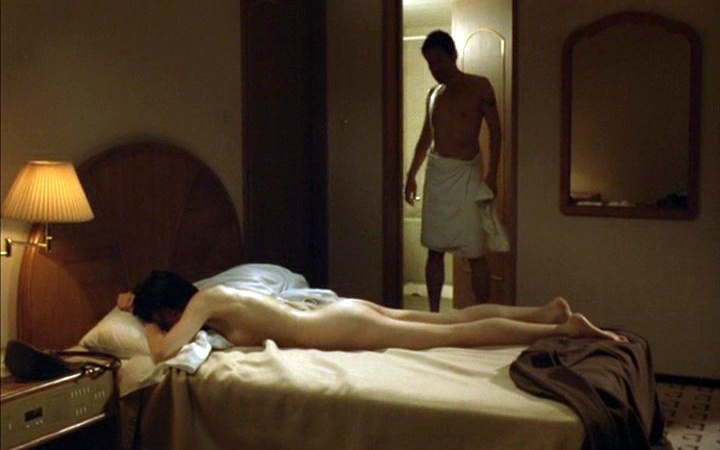 After coming from a reunion, the wife gets hit on by a former classmate while they are riding a taxi home. She didn't go for it, although she did allow him to put his arm around her during the ride.

The husband views a video shown to him by an officemate. It seems to be his wife making out in the taxi with the guy that took her home after the reunion.

We see a video come up a little later and it shows the wife riding some guy in bed. Not sure if this is one of the videos that the husband saw earlier in the office or it is just his dream.

The wife meets a handsome young guy named Minoru from her neighborhood. He delivers a newspaper daily to her home.

A friend of Minoru shows him some nude pictures of women from the internet. The women have their eyes blackened out to hide their identity but it seems that one of them looks suspiciously like the wife.

Minoru follows the wife one time and finds out that she is a prostitute and is being pimped by a yakuza. She serves a client this time who requests that she strike poses like those she did in her internet pictures.

Minoru pays for the service of the wife and meets her in a hotel room. He ties her and forces her to tell her past and how it relates to her becoming a prostitute. He kills her pimp and they escape together. 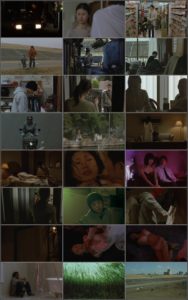 Caution: Aside from additional information for the movie M (2006), the links below may contain download links. I am not responsible how you will use them.