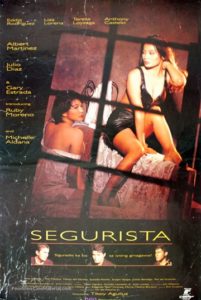 In the daytime, Karen is an insurance saleswoman in Manila, but in the evening she works as an escort in a club. She is very successful in selling insurance to her escort clients. On the weekends she returns to her husband and daughter in the provinces, who are living amongst the volcanic ash from Mount Pinatubo. She is forced to take stock of her life when Sonny, a rich car dealer, offers to set her up in an apartment. 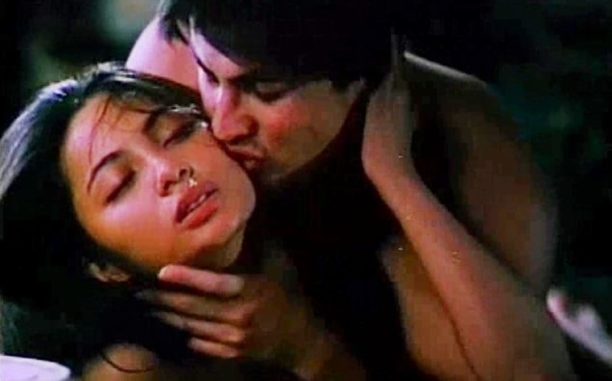 Karen is an insurance saleswoman in Manila, but in the evening she works as an escort in a club. She doesn't exactly have sex with her club clients. But if they get an insurance policy from her, she sometimes would.

Right off the start, we see Karen getting in the car of a client of hers and having sex with him in a car-themed hotel room.

Sonny, a handsome young man, comes to the club and picks Karen to join him at his group's table. He asks her out and invites her to go somewhere after her work. She refuses but offers him an alternative. She tells him that they can meet at lunch tomorrow instead (so that she can sell him insurance).

The next day at lunchtime, Karen comes to Sonny's workplace and he gets an insurance policy from her. After that, he makes a move and starts kissing her from behind. She responds positively and they have sex inside his office. 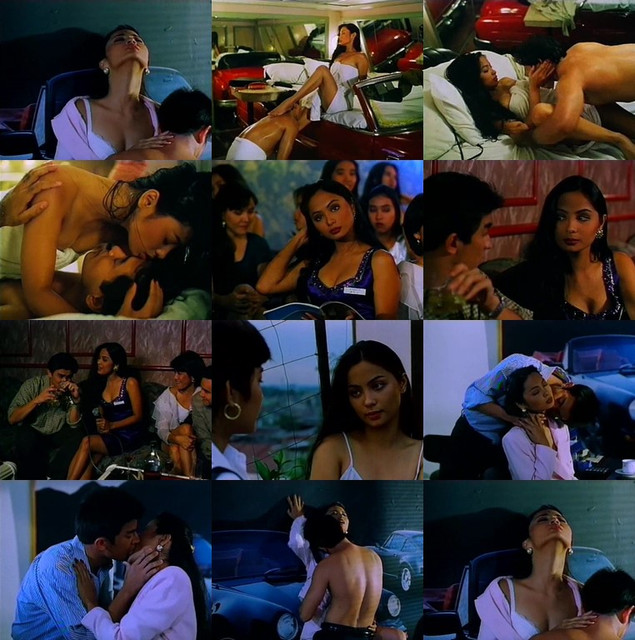 During the weekend, Karen comes home to the province where her husband and daughter are. She spends some time with them. The plain, provincial clothes that she wears here are in great contrast to the sexy outfit she wears in the club and the outfit she wears as an insurance saleswoman.

Karen goes back to the main city and we see her have sex with Sonny for the second time. Their second lovemaking is much better this time around. Great tongue-on-tongue action and Karen gets naked down to her panties. We also see some of her side boob. At one point you see them trade saliva when their lips part. It really feels like the two actors here are attracted to each other and hence, their lust for each other comes out in their sex scene. I wouldn't be surprised if they also fucked for real outside of their shoot.

In the following days, we see Karen sell insurance policies to several men (mostly older, successful looking men) and have sex with them after.

Karen's husband comes to the big city and visits her in her insurance workplace. He and Sonny almost meet, were it not for Karen's co-worker distracting Sonny, because Sonny also comes up to the office with Karen.

Karen and Sonny go bungee jumping and then have sex after. It's a brief scene this time. Ruby is Karen's co-worker in the club and also her roommate. She has an abusive boyfriend, Jake, who has the hots for Karen.

One time, Jake asks Ruby if it's ok with her if he fucks Karen. That doesn't end well and Ruby ends up getting beat up by him.

Jake approaches Karen and starts kissing her while Ruby watches, not knowing what to do. Karen starts responding positively to Jake's kisses but then she comes back to her senses again and kicks Jake in the crotch, then she walks fuzzily out of the room.

Jake follows Karen outside, and Ruby also follows them, telling Jake to stop. Jake tries to make out with Karen again. There's a brief moment where she makes out with him too, putting her hand gently on his side and kissing him back (a sexy moment for me but it's too brief), but then, she turns hostile again and the situation gets really ugly after that.

I like how Karen is keeping up appearances. She looks so innocent in the province with her drab clothes but then she looks so sexy in the big city with her revealing outfits and even just with her office attire.

The second sex scene between Karen and Sonny is great.

Original / Other Title:  Dead Sure