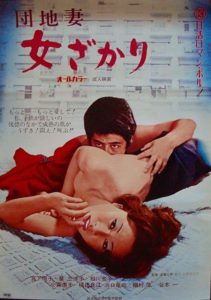 A husband and a wife who cannot bear a child have opposing views about artificial insemination.

Sueko is satisfied with her husband, Akio Hinatsuka, an office worker, except for one thing: he couldn't have children. She suggests to him to have his infertility checked at the hospital but he seems indifferent and uninterested. Sueko secretly asks Akio's younger brother, Eisuke, who is a hospital intern, to have Akio's sperm checked by providing him a condom used by Akio. Eisuke examines the condom and finds out that Akio has azoospermia, i.e. his semen contains no sperm.

Eisuke obliges and takes Sueko to his apartment to inseminate her artificially. However, he gets excited when he sees the sexy body of his sister-in-law, especially when she spreads her thighs open. Instead of the test tube sperm, he inserts his manhood inside her, ejaculates, and inseminates her using his own sperm. Sueko denounces Eisuke intently.

One month later, Sueko starts exhibiting signs of pregnancy. She tells Aiko that she is pregnant thru artificial insemination, but of course, does not tell him that she came to Eisuke directly for it and that Eisuke is the one who sexually inseminated her. Aiko, who is actually aware of his spermless disease, is disappointed that she went for artificial insemination without his consent and shows her that he is still opposed to her giving birth to a child. However, when the child is born, Akio gradually appreciates the enthusiasm of Sueko and starts becoming fond of the newborn baby.

One day, Akio learns from the hospital that Sueko did not actually get artificial insemination to get pregnant. He finds out that Eisuke had something to do with it and confronts him. Eisuke tries to escape with his car and Akio rigorously pursues him. A few hours later, the news of Eisuke's death is delivered to Akio's house. While looking at the accident site, Akio decides to forget everything and raise the child.