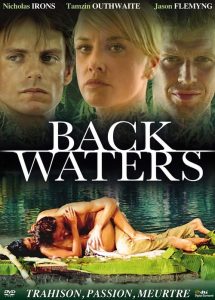 A paralyzed former soap opera star goes missing after she and her husband travel to India for specialized medical attention. She ends up dead and her husband becomes the primary suspect. 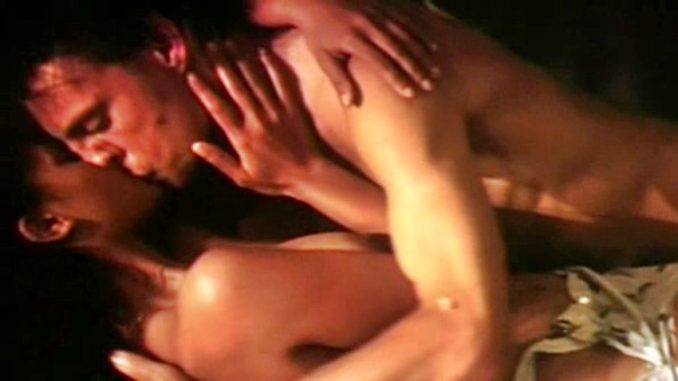 During a party at the beginning of the film, the husband finds his wife -a soap opera star- fucking a movie director (or producer) in one of the rooms on the second floor of the mansion. There are two reasons why she fucked him: one, she wants to be in his film, and two, she seems to be genuinely attracted to him as he is young and not bad-looking.

When the couple goes to India, the husband begins an affair with an Indian wife. She is a stage folk dancer with a fisherman for a husband. He first sees her taking a dip naked in a falls (25:30). Their first petting session with implied sex is on a beach (38:02). They have nude sex on a boat (43:45). They have one final sex scene at the end of the movie, but her husband is already out of the picture at that point.

We learn later in the movie that the Indian wife's husband told her to seduce or maybe just hang out with the English husband for a certain reason, but he didn't tell her to fuck him. It was her own decision to do that.

The soap opera star's cheating scene, although quite passionate as she humps the director hard while on top of him, is brief and non-nude. The Indian wife's main cheating scene on the boat, meanwhile, is great as it is nude, adequately long, and sensually shot.